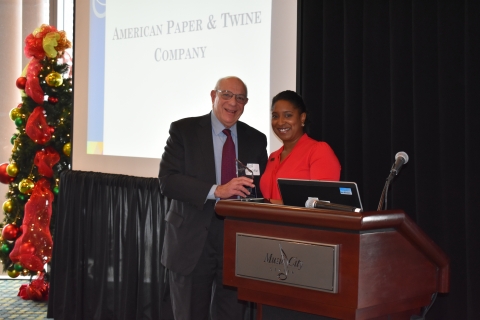 The award was presented at the Purchasing/DBE Appreciation Breakfast, where the Music City Center also announced the most recent DBE participation numbers. In the first quarter of fiscal year 2018, the Music City Center spent 34.8 percent of the operating expenses, totaling approximately $410,253, with minority, women-owned and small businesses.

“Working with DBE vendors has been important to the Music City Center since our opening, and our number of vendors has continued to grow,” said Charles Starks, President/CEO of Music City Center. “It’s amazing to see what our DBE team here has done and the relationships we’ve built along the way.”